Bell, Telus and Shaw are once again raising prices on select plans, after increases in 2018


Dennis Fitt, of Truro, N.S., was unhappy to discover that his internet, TV and phone service with Bell Aliant is going up by $9 next month, as three of the big telcos once again raise their prices on certain internet plans. (Andy Fitt)

You can run but you can't hide from internet price hikes. That's what Sean Barry in Powell River, B.C., discovered after leaving his provider, Shaw, following a couple of price increases.

He switched to competitor Telus in September only to learn that the cost of his current Telus internet plan is also going up — by $5 a month.

"I am choked over the increase so soon," said the 71-year-old Barry, who lives on a fixed income.

"Every year it just goes up and up and up."

Telus, Bell and Shaw are all raising prices on select internet plans over the next few months. The hikes come on the heels of internet price increases by Telus, Shaw, Bell and Rogers in 2018.

Sean Barry, of Powell River B.C., says he is on a fixed income and switched providers after Shaw increased its prices. He was unhappy to learn that his new provider, Telus, is hiking his bill by $5 a month. (Submitted by Sean Barry)

Meanwhile, Canadians are living more of their lives online and signing up in record numbers for internet service, driving up revenues for providers.

"They can do whatever they want; it's big business," said Barry. "We've just got to suck it up."

On Feb. 1, Bell will raise internet prices by $5 a month for Bell Aliant customers in Atlantic Canada. In Ontario and Quebec, the telco is hiking various internet plans by up to $6 a month as of March 1.

"I laughed, because I pretty much knew it was coming," said Christopher Provias, of Welland, Ont., after learning that he's facing a $5 monthly increase on his Bell internet bill.

On April 1, Shaw also plans to raise rates on select internet plans. The telco declined to say by how much prices are going up.

In 2017, home internet was the fastest-growing sector of all telecommunications services.

According to the latest Communications Monitoring Report by the CRTC, Canada's telecom regulator, 86 per cent of Canadian households subscribed to home internet service in 2017, up almost four per cent from 2016.

Canadians are also demanding faster internet speeds with more data — average monthly data use for high-speed users jumped by a whopping 30 per cent in 2017 compared to 2016.

Bell, Telus and Shaw say they have to raise rates to continually improve their networks to accommodate growing demand.

Bell said customers' internet usage has increased by more than 500 per cent over the past five years.

"Our costs to meet that demand and provide customers with the best experience possible also continue to rise," said spokesperson Nathan Gibson in an email.

Industry analyst Dwayne Winseck acknowledges that the big telcos are investing significant amounts in their networks. But he says that's not the only reason customers face higher internet bills.

"These price increases are at least as much, if not more, about protecting very high operating profits," says Winseck, a professor at Carleton University's School of Journalism and Communication.

According to the CRTC report, residential internet service revenues, including applications, equipment and other related services, totalled $9.1 billion in 2017 — an 8.8 per cent increase over 2016.

'Makes me so mad'

In a notice sent to customers facing price hikes, Bell said it invested $4 billion in its infrastructure last year.

But that's cold comfort for Dennis Fitt, of Truro, N.S., who's facing a monthly increase of $9come February for his bundled internet, phone and TV service with Bell.

"Their profits aren't enough to cover the infastructure — this $4 billion that I have to pay for now?" said Fitt, whose family of six relies on internet for both their TV and phone service.

Because the internet has become so important in Canadians' lives, Fitt believes the CRTC should do something to ensure prices don't get out of control.

"The CRTC should call [the internet] a necessity, and at that point they should be able to regulate it a lot more than they do now."

The telecom regulator is currently exploring an internet code of conduct to address a growing number of complaints from Canadians about their internet service.

While there's no mention of price regulation, the CRTC says the code would include measures to make it easier for consumers to switch providers to take advantage of competitive offers.

For Canadians planning to make a switch, there are a growing number of independent internet providers such as TekSavvy, Distributel and Start that offer competitive rates.

In 2017, only 13 per cent of Canadian internet subscribers were signed up with an independent, according to the CRTC report.

Reasons for the modest uptake include the fact that many are unaware of Canada's smaller providers or are fearful of switching to a lesser-known company.

Others believe they're better off bundling their internet with other services at a discount with one of the major telcos.

Barry in Powell River says because he has a promotional deal with Telus, if he cancelled his internet, he'd likely face a bigger bill for his phone and TV service with the company

"They've got you coming and going," he said. 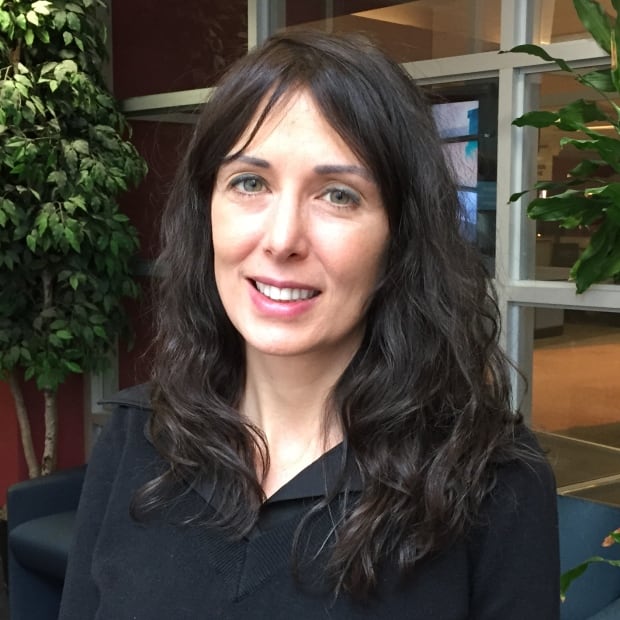 Sophia Harris has worked as a CBC video journalist across the country, covering everything from the start of the annual lobster fishery in Yarmouth, N.S., to farming in Saskatchewan. She now has found a good home at the business unit in Toronto. Contact: sophia.harris@cbc.ca